In 2018, the Baltic States celebrate their 100th anniversary. After regaining independence in 1990-1991, Baltic countries have rapidly and successfully integrated into the European Union and Western political, security and economic structures. They are all members of the Eurozone and keen on its success. They also have a strong interest in further strengthening security in the region.

Against the background of the debate about the future of Europe, discussions about the ambitious EU reforms tend to be dominated by the so called “Franco-German engine”. However, the tandem of these two countries is hardly a sufficient force for moving European integration ahead. Given that not all European countries seem to favour the “more Europe” scenario, overcoming differences of opinion and including voices of smaller states into the debate on Europe’s future is crucial for reforming the EU.

However, in order to gain support for its reforms among the population, the EU must engage into a dialogue with civil society and give a voice to citizens’ concerns. In the light of current political developments and rising populism, pro-European civil society organisations play a crucial role in seeking to encourage active citizen participation in the development of common solutions to European challenges and in advocating importance of deeper economic and political integration in the EU.

Lithuanian section of the Union of European Federalists (UEF), in cooperation with the Konrad-Adenauer-Stiftung and the Alliance of Liberals and Democrats for Europe (ALDE), invite civil society representatives, experts and decision-makers from Lithuania and other European countries to discuss the future of Europe, concerns of European citizens and the role of civil society in shaping the future of the EU.

The aim of the event is to provide a platform for discussions on the future of Europe, to contribute to overcoming the divisions between the EU member states and to encourage civil society to actively engage into a European debate on the type of European Union we want to build for our future. 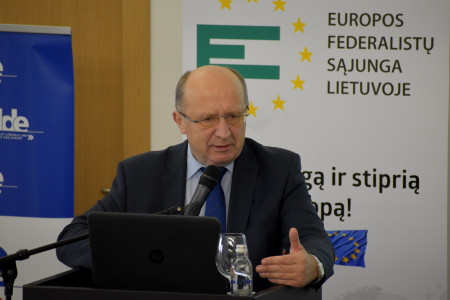 Overcoming divisions between East-West and North-South: What Europe do we want?

Arnoldas PRANCKEVIČIUS, Head of the European Commission’s Representation in Lithuania,

Paolo VACCA, Secretary-General of the Union of European Federalists, 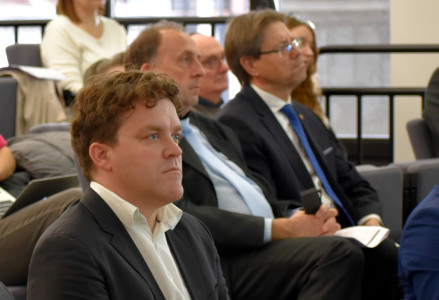