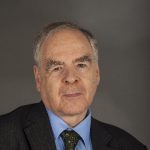 When the President of the European Commission is elected by a majority of only nine votes, it’s hard to deny that something has gone wrong in the EU. Yet this is what happened to Ursula von der Leyen in July. The European Parliament made it clear that her legitimacy as president-elect was wafer thin.

Events since then have confirmed the serious tension among the leading institutions of the EU. The Council, representing the member states, finessed the parliament over von der Leyen, parachuting her in as the nominee, thereby marginalising Parliament’s device of the “lead candidate”, the Spitzenkandidat (see below). Parliament retaliated by vetoing three of the commissioners-designate, on grounds that were seen as decidedly flimsy. The mood among MEPs—some 60% of whom are new—is angry and frustrated. Green radicalism, riding the green wave, is a part of this.

The left decided to vent some of its anger on the Eurosceptic right by inventing the institution of the cordon sanitaire—a revealing medical metaphor—in effect meaning that Eurosceptics would not be elected to parliamentary office, whatever the election results. This breaks both the formal and the informal rules of the parliament. And it means that the Eurosceptic right has no real stake in what Parliament does—hence it’s free to make trouble, which it has done.

The roots of the crisis lie in two initiatives taken some years ago. It should be stressed that the EU is at one and the same time a legal and a political body. Legal form and language are the lifeblood of all its institutions—and, as we know from real life, there are always gaps and grey zones in the law.

One of these gaps concerned how the president of the Commission is elected. In simple terms, the Council nominates and the parliament approves. But in 2013, Parliament came up with the idea of the Spitzenkandidat—that each party grouping would nominate a lead candidate and the most successful party in the European elections would acquire the presidency. This, it was argued, was a way of politicising and democratising the election. The member states were slow to react, the process went ahead and Jean-Claude Juncker became president of the Commission. The Council had lost an important power. It regained it in 2019.

The second development was Juncker’s decision to declare that his would be a political Commission. At the outset, it was not clear what “political” would mean, but over time, it meant an ever-harder line against Eurosceptics, a term that came gradually to include anyone critical of the EU. The instrument used was constant emphasis on the rule of law to achieve political ends, thereby mixing law and politics.

The problem in this context is that the situation on the rule of law in some member states (Poland, Hungary, Romania and, to a much lesser extent, Malta) was given intense scrutiny, while legal-constitutional issues elsewhere (e.g. Catalonia, Scotland and the Croatian-Slovenian frontier dispute) were ignored. As the president of the European Court of Justice, Koen Lenaerts, noted: “EU law must apply in a uniform manner throughout the Union”. The uniform manner is open to doubt. On the other hand, von der Leyen has promised to set up a new rule of law mechanism that would examine all member states even-handedly. It is far from clear that this mechanism will be universally welcome. Can we really expect France or Spain to accept the same treatment that Poland has undergone?

All this raises a very difficult issue. Ideally, the law and politics should be aligned—legality and legitimacy are not the same—so a particular political move can be legal but might enjoy little political support, meaning that its legitimacy is weak. In a democracy, the two should be close. The Commission has ignored this.

Over the years, the Commission has accumulated enormous regulatory powers—both directly, and indirectly through the approximately 45 EU agencies—but the democratic accountability of these powers is thin. The EU may have citizens, but they have precious little impact on what it actually does, other than through elections every five years. And Parliament’s capacity for oversight is never really adequate when it comes to the complexity of regulations.

The EU’s democratic credentials have been open to question for a while, but those who do so are dismissed as “populists”. The reality that these populists attract about a quarter of the votes of European citizens is routinely ignored, which makes the democracy concept of the determined integrationists arguable.

Much of the argument revolves around “European values”, though these have never been defined in any concise way. Article 2 of the Treaty on European Union is the starting point, but there are other principles that the EU overlooks. If democracy is the central value, what is to be the role of those who disagree with further integration? They constitute a minority and Article 2 offers minorities protection, but evidently this minority is not seen as worth listening to.

Then there are legal principles that are central to the rule of law. The absence of double standards, the presumption of innocence and the reliability of sources (evidence-based argument) are central to any legality. These are repeatedly ignored by the Commission. The French and Spanish police treated demonstrators (gilets jaunes, demonstrators in Barcelona) with singular harshness, but the Commission has been silent. There is nothing like a double standard to make people feel they are being treated unfairly and to dismiss the Commission’s case on the rule of law as nothing more than political pressure used to accelerate further integration.

Hovering over and above these issues is the question of the kind of integrated Europe that the EU should become. The member states, obviously, favour intergovernmentalism, meaning that ultimate power should lie with the Council. Parliament is divided, but there is something like a federalist majority. And the Commission is forever trying to extend its power. It’s true that all institutions do this. But tensions are coming to a head.

It is noteworthy in this connection that some assert that Europe should be moving towards something like a “liberal empire”. For others, these two are quite incompatible—an empire cannot be liberal and liberals cannot support empires—but the idea is on the table. It’s worth adding that many of those who like the idea of a “liberal empire” come from former imperial states. Maybe there is something in the legacy of imperialism that makes it very difficult for them to abandon the seductions of empire entirely.

What Verhofstadt didn’t say explicitly is that the biggest obstacle to the liberal-federalist vision of Europe is nationhood and national solidarity. Empire would certainly downgrade nations and treat them as subordinated entities. (A footnote here: there is a wonderful historical irony in the liberals—always the loudest in denouncing colonialism overseas—being quite content to impose it on fellow Europeans.)

For the small countries of Europe—and this includes all the former communist states—the thought of being integrated into a European empire should be anathema. They’ve all been through the imperial wringer, several of them more than once. Imperial rule means the centralisation of power, the non-accountability of the ruler and the arbitrary exercise of power.

The danger is that the liberal-federalists are so captivated by their vision of Europe as a liberal empire that they will bury democracy with it. If all power is subordinated to a single ruling centre—to a mythical all-wise ruler, presumably—then debate, alternatives, questioning and argument become not merely superfluous but actually dangerous and would have to be suppressed (note the way in which “populism” is dealt with).

At the deepest, machine-code level of politics, this is what the crisis of the European Union and European integration is about. It’s a crisis that can only be resolved through openness and not by dreams of empire—the nightmare of empire, to be precise.

Is the EU Really in Trouble, or Is Schöpflin Creating a Troublemaker? 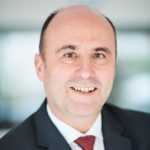 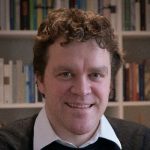 György Schöpflin sees the EU as being in big trouble. He has been a long-serving MEP and has a reputation as a great intellectual. Nevertheless, we believe his article deals with the facts as if in some kind of parallel universe.

When the President of the European Commission, Ursula von der Leyen, is elected by a majority of only nine votes, to us that’s a sign of democracy. Taking Schöpflin’s arguments, the new Commission has been given no real legitimacy by the Parliament after the Spitzenkandidat principle was rejected. What he doesn’t say is that prime ministers such as Viktor Orbán have actively torpedoed this flagship project of the EU and especially the European People’s Party (EPP)—of which Orbán’s party Fidesz is still a member (although suspended after a sordid poster campaign against then Commission president Juncker (EPP); one Fidesz politician was even elected Vice President of the European Parliament on an EPP ticket despite the suspension.)

Schöpflin doesn’t mention Brexit, which is leaving the United Kingdom in chaos. Although the referendum result was a major triumph of Eurosceptic populism, the British government’s mishandling of the negotiations in the withdrawal process that followed highlights the risks of taking that step. As a result, leaving the EU has become massively less popular in the other member countries, as not only Eurobarometer polls clearly show. For the first time, turnout in elections to the European Parliament actually increased, and there was no Eurosceptic wave, as expected by Fidesz politicians. In fact, the European electorate voted to preserve the EU.

Instead, Schöpflin accuses the European Commission of being too political—ignoring achievements such as the end of mobile roaming charges. He blames liberals and their alleged dreams of creating an empire. But the Belgian liberal Guy Verhofstadt is absolutely right when he says that the world order of tomorrow is a world of empires in which we Europeans have to work closely together—which doesn’t mean that Verhofstadt sees Europe itself as an empire in the classical sense. What is wrong with this, and what is the alternative in a more complex and multipolar world with rising powers such as China? For Russia, Eurosceptic parties are “useful idiots” in order to destabilise the West. In any case, European nations by themselves cannot cope with developments such as climate change, energy security, crime, terrorism and migration.

Schöpflin sees legal-constitutional issues as being ignored in today’s EU. We don’t think that’s true. But it is very much the case in Viktor Orbán’s Hungary. In 2014, Orbán openly declared his intention to install an “illiberal state” at the expense of media freedom, an independent judiciary and so on. The EU’s decision to open Article 7 proceedings against Poland and Hungary for breaches of the rule of law was the only logical reaction. And, of course, the same standards apply to every member state, including France and Germany. Schöpflin ignores this and confuses international law with the rule of law. The EU enforces the rule of law as demanded by the treaties signed by all member states upon accession. Instead, Schöpflin uses the discourse of victimisation: small states, and especially the post-communist ones, must suffer new imperial trends. This fits perfectly into the rhetoric of radicals, in Estonia too, who have absurdly begun talking about the EU as a “Soviet Union 2.0”—a term equally used by the French radical Marine Le Pen. Sure, the EU has some problems. But it exists in order to tackle them. Because the EU is still above all a problem-solver, not a troublemaker, as Schöpflin portrays it.