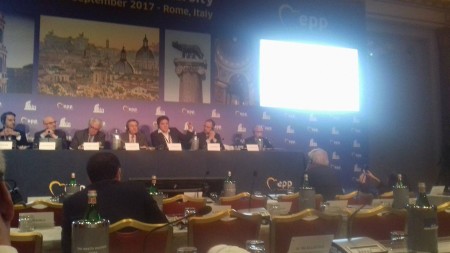 Between 27th and 29th September 2017, the European´s People Party (EPP) enlarged Group meeting – the European Ideas Network (EIN) took place in Rome. Political decision-makers such as Elmar Brok participated. I was as a speaker part on a panel “EU strategies on terrorism”.

I elobarated the following which is part of the conclusions: “The concept of lone wolf terrorist is gaining ground. It represents a person who acts on his or her own, without orders from an organisation or motivated by a combination of political or personal motives. In contrast to group-based  terrorists, the lone wolf terrorists are likely to display some form of psychopathology as well as social inepitued.”